On May 9, 2018, Josh Berger brought a class action suit against Eden Creamery, complaining that the packaging of its  Halo Top ice cream is misleading because the product is actually light ice cream. 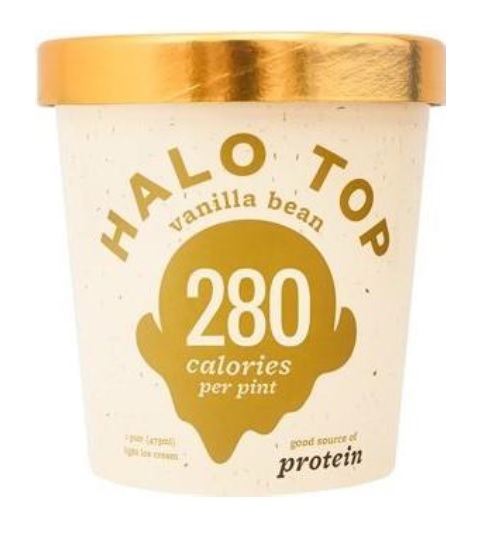 The Complaint, with reasoning surpassed only by Sir Vladimir’s detection of witches

is that Halo-Top means creamy:

Rather than parse the trademark for clues about the product (after all trademarks are not supposed to be descriptive), Mr. Berger could have saved himself, Eden Creamery, and the Federal Courts a lot of time and effort, by simply referencing the giant “280 Calories Per Pint” logo, which might have told him all he needed to know about the product.

Unbelievably, his Complaint argues that the name Halo-Top its is misleading, because: