The Sun Is Also a Star is a teen drama film directed by Ry Russo-Young and written by Tracy Oliver, based upon the young adult novel of the same name by Nicola Yoon. The phrase “deus ex machina” is essential to Yoon’s story, where its presence on the female protagonist Natasha’s backpack gets her noticed by Daniel and sets the love story in motion. The movie moved the phrase from the book’s backpack to a jacket. According to a 2019 article in MarieClaire.com, the jacket plays a critical role in the film. Costume designer Deirdra Govan,  created the jacket from scratch in three-and-a-half weeks with the help of her mighty team of assistants, tailors, set costumers, and costume supervisor, working on roughly 15 different styles before landing on the one.

The Complaint sets up another First Amendment battle between artists and brand owners. Yoon no-doubt selected the phrase for its well known literary meaning; a heavily merchandised motorcycle company with a curated tough-guy image was probably the last think on her mind. Still, the movie moved the phrase from a backpack to a jacket. It also does not help that Charles Melton, who played teenager Daniel Bae in the movie, posed for pictures posted to social media to help promote the movie in which he wore clothing actually sold by Deus Ex Machina [Complaint, Para. 31].

It seems that Warner Bros. and MGM Studios have a reasonable First Amendment Rogers defense, and unless tough-guy biker boys are sneaking into schmaltzy teen-style love stories, a reasonable argument that there is no likelihood of confusion. While the movie may have flopped, hopefully their defense will be a block buster.

HBO, the producers of the popular television series GAME OF THRONES has filed an opposition [91244050] against two trademark applications filed by The Trustees of Rancho Santa Ana Botanic Garden to register the marks GAME OF THORNS and this stylized version:

HBO alleges that the Botanic Garden’s use of GAME OF THORNS is likely to cause confusion:

However unless the thought is that consumers won’t notice the difference between THRONES and THORNS, or are likely to believe that HBO misspelled its name, confusion seems unlikely.  HBO also alleges dilution:

It does not seem that a botanic garden is likely to tarnish the image of the world of Westeros and Essos, and as with the likelihood of confusion, tarnishment by blurring would seem to require that consumers won’t notice the difference between THRONES and THORNS, or are likely to believe that HBO misspelled its name.

The Botanic Garden is  clearly making a pun — one of those groan-inducing jokes based on words that sound similar but have dissimilar meanings.  While many regard puns as the lowest form of humor, are they prohibited by trademark law?  It seems that if most people get the joke, there can be no likelihood of confusion or dilution, because getting the joke relies upon knowing the difference between a throne and a thorn.  Not getting the joke, however, might indicate at last a possibility of confusion, and trademark law might apply.

While we don’t want trademark law interfering with good jokes, if it can stop bad jokes, that’s probably a good thing.  We will have to wait to see whether or not the TTAB gets the joke. 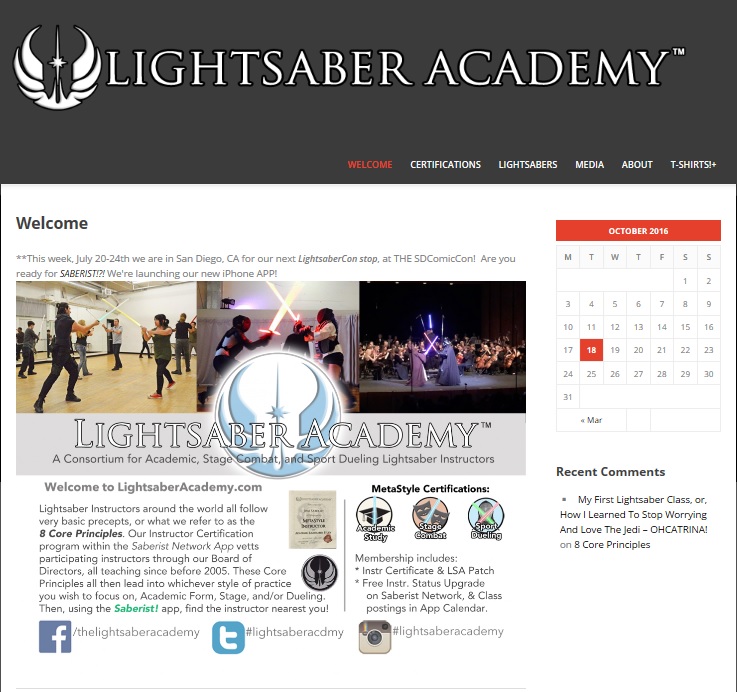 The Academy appears to claim trademark rights in LIGHTSABER ACADEMY, tagging it with a TM, and has adopted a logo that is similar to the Jedi logo created by Lucas Film: 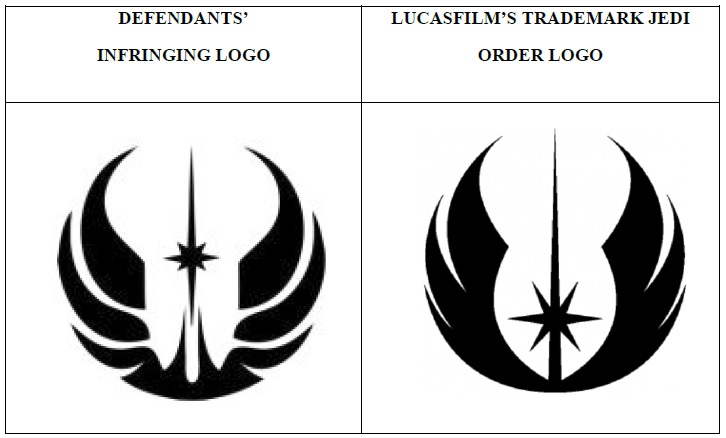 But what should Mr. Brown call his school for teaching the use of lightsabers? Doesn’t he have a right to truthfully describe his services to potential customers? Of course he does.  Trademarks only protect against confusion of source.  Mr. Brown has the right to describe his activities, and even use the trademark of others in doing so, as long as he does not cause confusion, mistake or deception. Whether crossed that line, Mr. Brown has, is now for the Northern District of California to decide.

Lucas Films v. Brown raises an interesting question of what rights creators retain when their works become part of the cultural commons?  There are many instances where an idea introduced by a popular book or movie is developed by third parties, and as long as copyrights are not infringed, and the public is not likely to be confused, those ideas become part of our cultural commons free for all to use.  For example, there is a Klingon Language Institute (http://www.kli.org/) to learn Klingon, the language of the fictional Klingon race in Star Trek.

It will be interesting to see what happens, but it’s important to remember the old Klingon proverb: qech wej QaD trademark nIH! (Trademarks don’t protect ideas).