The TTAB found likelihood of confusion, giving limited consideration to Mr. Cai’s briefing because it “contraven[ed]” certain provisions of the Trademark Trial and Appeal Board
Manual of Procedure (“TBMP”).  Mr. Cai appealed the TTAB’s evidentiary ruling excluding evidence in his main brief, and its finding of likelihood of confusion.

The Federal Circuit reviews TTAB evidentiary rulings for abuse of discretion, and only reverses a TTAB ruling if it is (1) clearly unreasonable, arbitrary, or fanciful; (2) based on an erroneous conclusion of law; (3) premised on clearly erroneous findings of fact; or (4) the record contains no evidence on which the TTAB could rationally base its decision.

The TTAB considered the arguments presented in Mr. Cai’s Main Brief but did not consider the factual assertions and ‘figures’ displayed and discussed in Mr. Cai’s
brief, which “are not evidence introduced into the trial record.” The TTAB also did not consider Mr. Cai’s reply brief because the TMBP does not provide for such filings and gives the TTAB broad discretion in considering them.

Mr. Cai argued that the exclusive of his evidence was improper, but the Federal Circuit disagreed.  The Federal Circuit noted that although the procedural guidelines in the TBMP do not have the force of law, they are accorded a degree of deference to the extent that it has the “power to persuade,”  The TBMP provides that evidentiary
matters are resolved in accordance with the Federal Rules of Evidence, the relevant portions of the Federal Rules of Civil Procedure, the relevant provisions of Title
28 of the United States Code, and the rules of practice in trademark cases.   Mr. Cai’s Main Brief contained numerous assertions of fact, but this information is not evidence under any of the relevant rules.  With respect to his Reply Brief, the plain language of
the TBMP states that the TTAB is not required to permit a party in the position of defendant to file a reply brief.

A trademark is any word, symbol, or device that identifies one’s products or services, and distinguishes them from the products or services of others.  One such “device” is the vehicle used in the performance of services.  Distinctively colored on configured vehicles can identify the source of services to customers or prospective customers. There are numerous examples of vehicles registered as service marks, including: 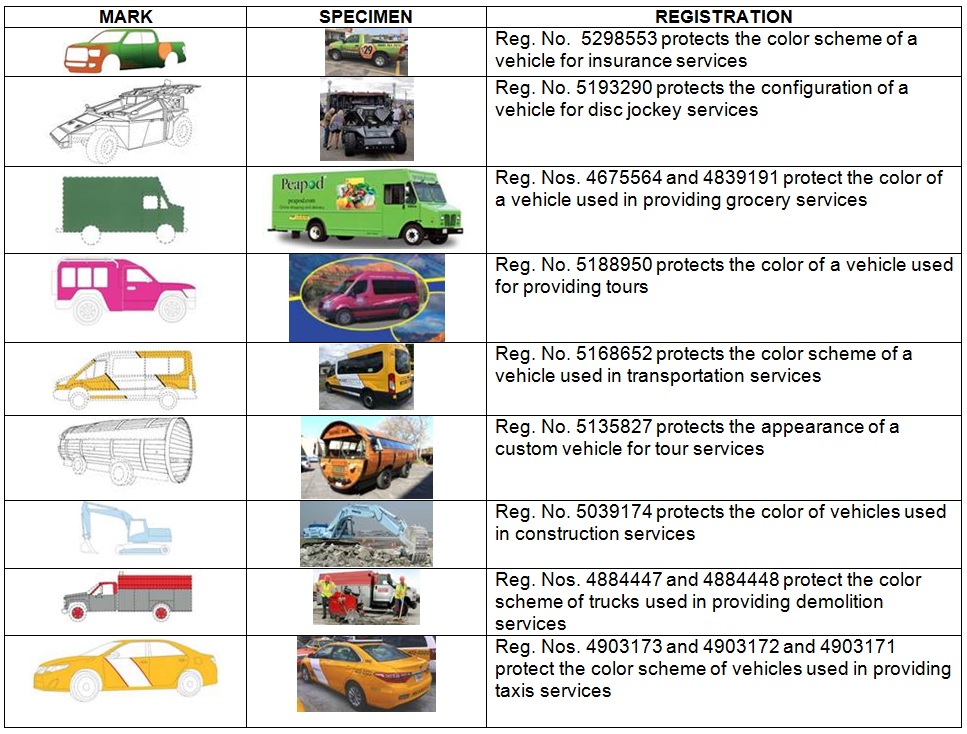 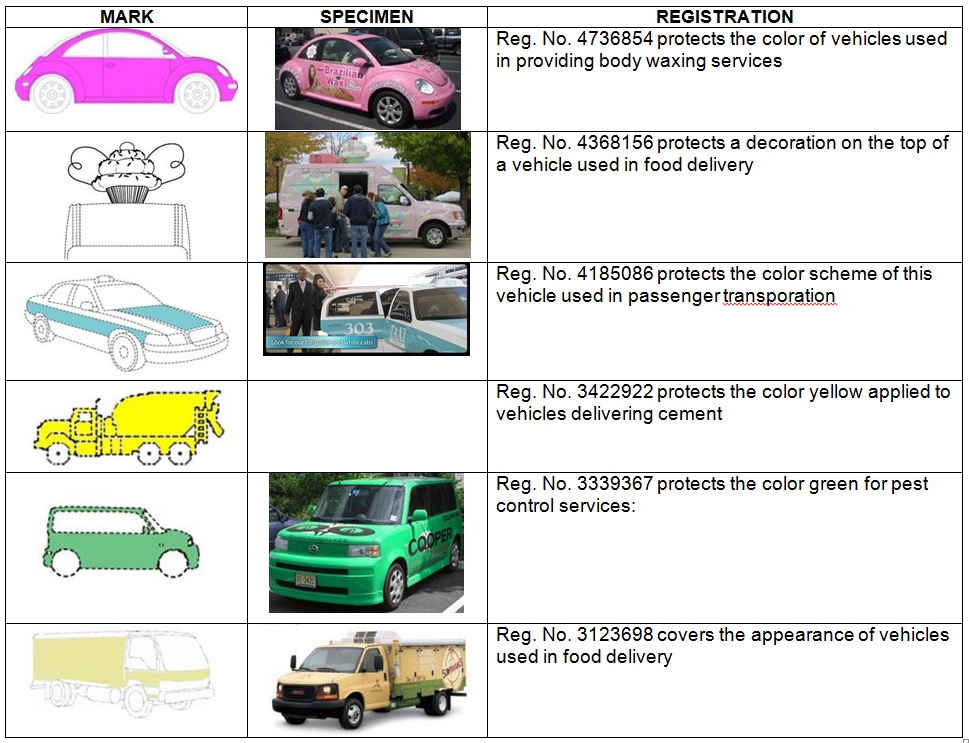 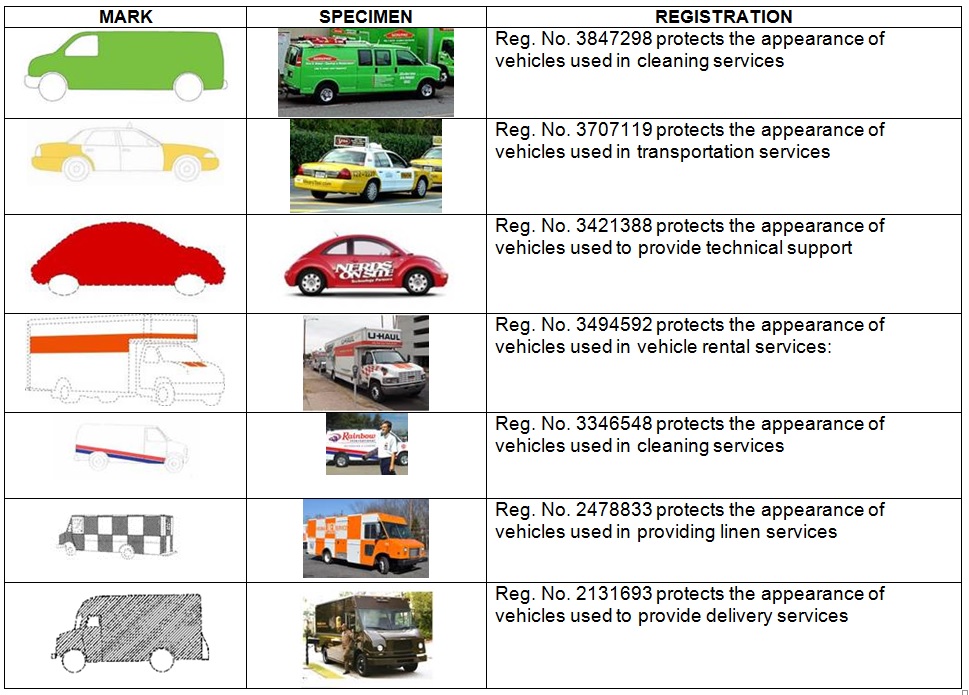 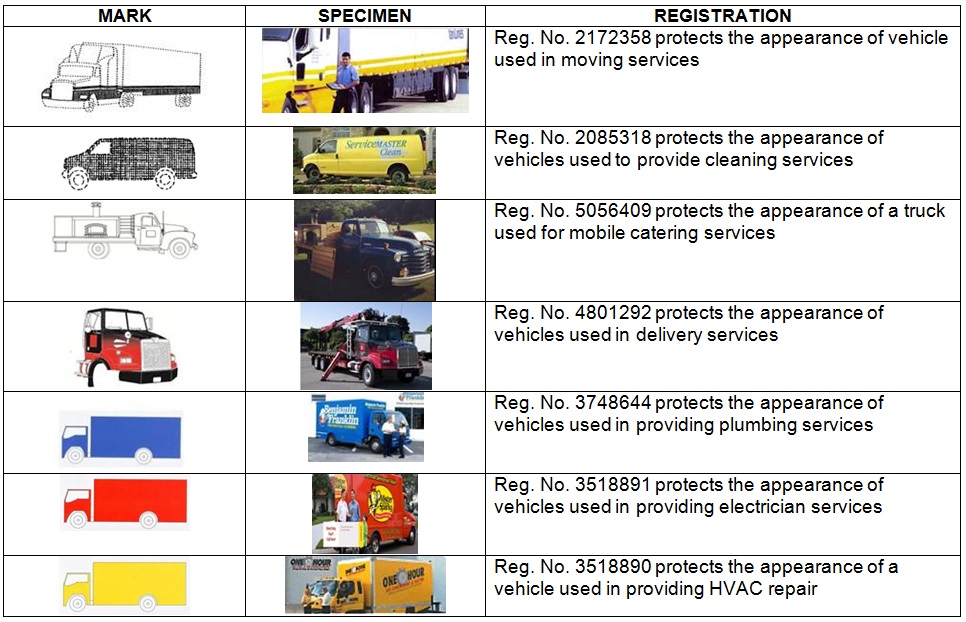